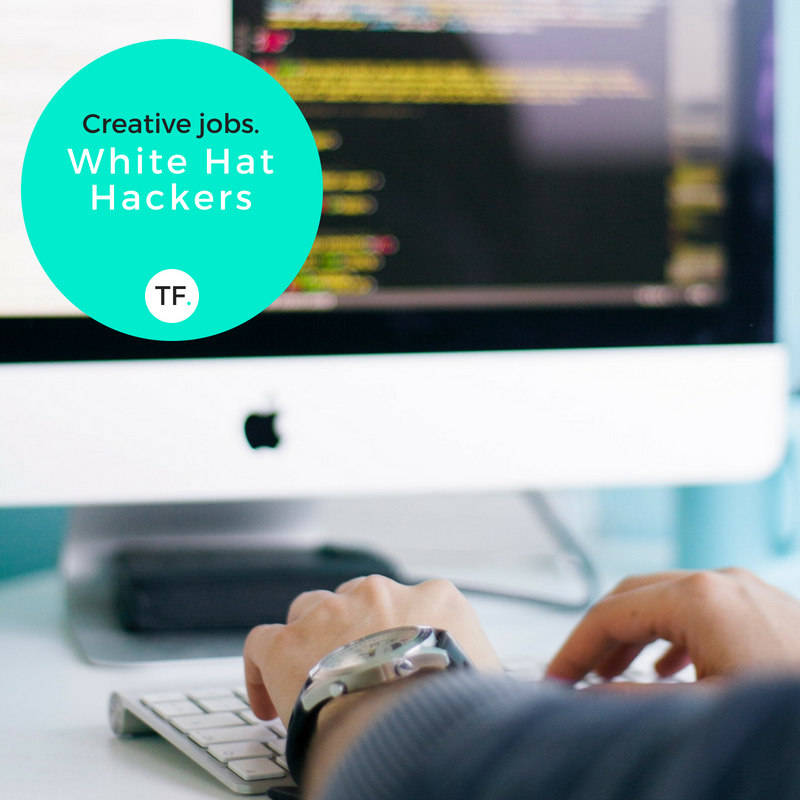 Pretty simple to conceptualize: black hat hackers are the villains, and white hat hacker are the heroes. White hat hackers use their skills to solve issues in security, helping people tighten up their security even further. Yes, there job is to literally hack the system in order to find ways to hack it before black hat hackers figure it out. Ready, set, HACK!

How many times have you pulled up the little yellow-orange man on your Google Maps at work to show off your hometown to your colleagues? You can thank google maps trekkers for this amazing technology! Back in 2013-2014, Google actually had people walk or bike around get a 360-degree view of different locations. Yes, they simply got paid to be a living Google Maps yellow-orange man.

Ever wonder how some of your favorite apps are just so darn easy, while others are nearly impossible? This is the clever work of the user experience designer, otherwise known as a UX designer. UX designers are in charge of creating a comfortable user experience within not just an online platform, but any type of technology that a human has to interact with. They do this by sketching out mock apps and hosting user tests to see what works well, doesn’t work well. A clear navigation within a website or an app is courtesy of a talented UX designer.

Some people like to use fancy terms for this like “software quality assurance engineer,” but we all know what they truly are: paid to play video games! That’s right, these people play videogames and evaluate it before it’s released to the public. So if you’re significant other ever tells you they could play video games for a living, just tell them they should become a software quality assurance engineer and make that a reality.

Are you totally obsessed with all of the crazy gadgets you see on Amazon? Well, you can actually turn gadget playtime into a full-time job! That’s right — people actually review crazy gadgets for a living.

← 2 high-paying, creative jobs that don't require a degree 4 mistakes to avoid when you want to get into tech →